Just over 2000 years ago, a new theology emerged, which could best be described as a theology of love and kindness. Those people who aligned themselves with this theology became known as Christians, and by the 4th century the religion of Catholicism became the ‘standard’ for Christianity. It wasn’t long before this theology of love was replaced with a theology of fear. The ‘church’ became more focused on dogma, wealth and power, and less interested in wisdom, empathy and compassion. The most important commandment, to become one (with God) through loving God and loving your neighbour as well as loving yourself, had little context for how the church conducted its affairs over the next two millennia. Christianity has less relevancy for people today than it ever has, but it could well be a case of ‘throwing the baby out with the bath water’.

People who possess a sincere interest in spiritual values are looking for a ‘theology of love’ else where, and it seems that for many, Eastern religious traditions are filling that gap. Besides the genuine seekers, there are also many whose programming originally incorporated religion, who having become disillusioned, have turned to consumerism and entertainment (i.e sport) to fill the void left by the absence of religion. This has resulted in a loss of virtues and values, hope and belief that gave people guidance and purpose. The global epidemic of lifestyle diseases, loneliness, depression and consumerism, is the result. As was explained in that new ‘theology of love’, ‘by their fruits, you will know them’.

One of the big appeals of the Eastern approach to ‘being’ (becoming more spiritual) is the practice of mindfulness. The growing interest in mindfulness has lead to an explosion of resources being made available in the West, all centred around becoming more mindful. Meditation, yoga, silent retreats, and many more similar products are filling the shelves of the ‘spiritual supermarket’. With the expanded understanding of neuroscience and its explanation for the way mindfulness can significantly impact human experience, it seems that anyone teaching mindfulness must be on the right path. A contemporary array of Western based mindfulness techniques and modalities have emerged, including programs like NLP (Neurolinguistic Programming), Life Coaching and Landmark, as well as change management guru’s like Tony Robbins, Dr Wayne Dyer, and Eckhart Tolle (to name just a few). Their popularity collectively is evidence of people seeking guidance for achieving a better quality of life, devoid of a religious framework.

What most people are unaware of is that a Western tradition of mindfulness was intrinsic to the new ‘theology of love’ that was taught 2000 years ago. Over the two millennia that have passed, serious attempts were made to champion that knowledge, but labelled as heresy by the church, it was systematically eradicated. Western mindfulness was a love based approach to living, and even though the church taught a ‘love theology’ their actions spoke louder than words as they used fear to maintain their power and authority. It would make sense then that to gain some insight into the original intent of the new theology of love, one might seek to understand what was taught by these heretics, especially ones whose ‘fruit’ aligned with a theology of love.

One such group were the Cathar of Western Europe who were also know as the Good Christians and were typically referred to by their contemporaries as ‘the Good Men and Good Women’. Coming into focus between the 12th and 14th centuries, these people could be best described as Gnostic Christians, who lived lives devoted to being kind. Evidence of their theology of love, was that they were typically not meat eaters (no harm to animals), they saw women as being equal to men, and felt that the Sermon on the Mount was the ‘pure’ gospel, along with some of the writings of John. Being classed as heretics, the church started a campaign to eradicate the Cathar, in southern France in 1209, and by 1350 had executed the last of the European Cathar in northern Italy.

A closer look at their beliefs show that they had a particularly strong interest in the Beatitudes from the Sermon on the Mount. These eight statements have huge appeal to both Christians and non-Christians alike, and in many cases, it’s not understood why there is such a strong interest. It was these eight statements called the Beatitudes that inspired the development of (EAP) the Enhances Awareness Program. The next eight blogs are going to discuss each Beatitude individually and what role it plays in a love-centred theology. Each blog will also explain how the unique EAP formula was significantly inspired by the Sermon on the Mount and the Beatitudes. This is the birth place of Western mindfulness and as much as the understanding of its role has been forgotten or not understood for hundreds of years, in coming to light in this new millennium, it presents an approach to mindfulness that sits comfortably with the Western mind. EAP is not a religion and has in fact distilled most of the religious language out of its program. However, having a deeper appreciation of the roots of this work, will help participants better understand its connection to a theology of love. Western mindfulness could be best defined as remembering in each moment that you have a choice to be more loving (kinder) to yourself, to others and to the planet. Enhancing your awareness gives you the choice to be kinder. By being mindful of that choice in each moment develops new neural pathways, and there is a tipping point, where kindness (along with empathy and compassion) become the natural way of turning up in the world. 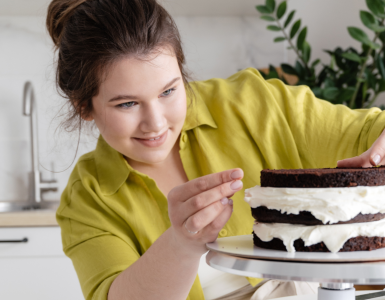 In Part 3, we learned that we have been trained to judge everything in our lives as good, bad, right or wrong. We are assigning values. When we face difficulties in our workplace environment, if we set out by judging a... 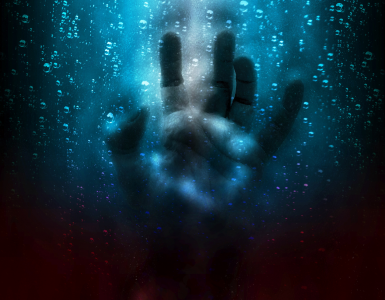