I receive many phone calls from concerned parents about EMF radiation issues at their child’s school, and how best to protect them. And they are right to have this healthy level of concern about the impact of EMF on their child’s health because schools, along with hospitals, are two of the worst energetic environments to be exposed to!

Schools suffer from a range of radiation issues in the form of Wi-Fi and Earth Radiation, but the BIGGEST issue and little-known fact, is the harmful exposure of human-generated Bioplasmic Radiation.

What is Bioplasmic Radiation and why is it a big issue in schools?

Bioplasmic Radiation is by far the biggest radiation issue in schools. This comes in many forms as follows:

Bioplasmic Radiation which affects a lot of schools is the energy of death imprints which may have been caused in the past generally before the school was established. As school grounds cover large areas, the chances of a death imprint existing at the school is highly likely. When a death occurs on the land, the imprint left at the place of the death is one thing, however, that death imprint spreads out and covers to the boundaries of the school!

This energy of death, especially if the imprint happens to be in a classroom, is in fact far worse than 5G! Bioplasmic Radiation creates a “Geoelectric charge” through the ground that covers the entire school to the boundaries of the property. This Geoelectric charge emanates as radiation up to 1.5 meters above the ground! And all buildings on the property will be engulfed and full of this harmful positive charge/radiation, as all buildings are resonant cavities.

These death imprint energies affect students in several ways: They experience radiation stress in the body and organs, and it can also trigger negative emotional states.

Another form of human-generated radiation commonly found at schools is emotional pain body charge created by all the children and teaching staff when things are not going so well.

Personal emotional pain body imprints accumulate where students have been sitting for prolonged periods of time in the classroom and create negative emotional and physical states. It’s probably why a lot of students prefer not to be in the classroom at all! Issues such as bullying can also be attributed to radiation stress.

Negative Psychic Impression is caused by emotional pain body stress in the form of a type of psychic attack directed at students, teachers, the Principal and even parents! The students who dislike the teachers, the teachers who have trouble with the students, the teachers who disagree with other teachers or the principal, and from the student’s parents who are not happy with the teachers! Of course, this is a worst-case scenario, however, we have all had similar experiences in the past in one way or another. It is little wonder why some students, especially sensitive children, don’t like going to school because they are picking up on the negative psychic impression energy.

What other EMF issues exist in schools?

Wi-Fi from the routers are not a big issue as they are generally placed high above on walls where the students and teachers are physically out of the routers charged field. However, it is the laptops and tablets being used by students which are the bigger problem. Where you have groups of students all using individual wireless devices, the charged fields around the devices, which extend out to 1.5 meters, form a larger overlapping charged field, and this causes quite a lot of EMF stress on the body.

Earth Radiation causes ‘Geopathic Stress’ which is a term that relates to the earth radiation stress in the human body.

Very harmful Fissure Grids/Water Veins which run north-south and are 6 metres wide and 70 metres apart cause a lot of Geopathic Stress in the body. If there was a crossing of a Fissure Grid in a classroom, then that could be disastrous to a student’s ability to think clearly and concentrate, thus being detrimental to their learning ability.

Another type of Earth Radiation is Geoelectric Grid Lines which are 2 meters wide and 70 meters apart. This type of radiation is similar to what 5G street lights produce once installed throughout a suburb! So, if you thought that 5G radiation was unique to 5G only, think again! Combine the Geoelectric Grid Lines Radiation with a full stomach of wheat and sugar after lunch, and you have a recipe for some very unhappy kids.

Earth Radiation from Radioactive Matter in the ground such as Coal or Uranium, especially if both are present, causes the natural Earth Magnetic Grid Lines and the Fissure Grids to cause even greater Geopathic stress In the body.

What can we do about these EMF issues?

For all wireless devices, such as laptops, mobile phones and tablets, the Mobile Phone & Wi-Fi Radiation Harmonizer will neutralize the EMF charge from these devices.

The Stellar Pendant, Ener-Bands and Harmonywear are also a great protective tool, however, if your child attends a school where wearing any type of jewellery is banned, then the iron-on School & Work Uniform Patch on their uniforms, or the Ener-Soles in their shoes and runners, are a great way to have stealth radiation protection.

Finally, the Geoclense® for the classroom is also popular with school teachers as another effective tool for harmonizing the radiation issues that exists in schools. 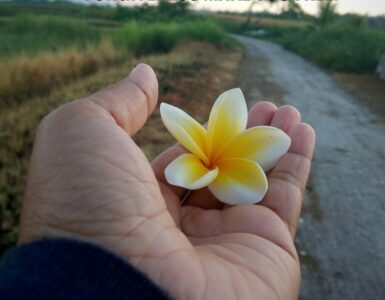 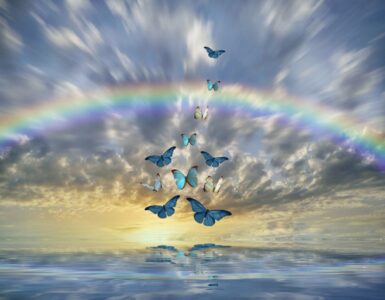