A local branch of a not-for-profit tai chi group is offering complimentary ‘try-it’ classes in Taoist Tai Chi
to celebrate their 50th anniversary. They will be joining a dozen other branches of the Taoist Tai Chi
Society of Australia to offer 50 open classes in 50 iconic locations around Australia during 2020.
“The best way to appreciate the benefits of Taoist Tai Chi is to try it,” says Corinne Williams, a
spokesperson for the group. “We invite everyone to join in one of these complimentary try-it classes. We
are delighted to be offering five of these events around the Sunshine Coast during the first half of the
year. Many are being held outdoors in picturesque locations – from the Buhk Family Park at Alexandra
Headlands through to Mary Cairncross Scenic Reserve overlooking the Glasshouse Mountains. Why not
bring along the whole family and make it an outing.”

It was introduced to the Western world 50 years ago this year (2020), by a Taoist monk, Master Moy Lin
Shin, who had trained with masters of the Taoist arts in Hong Kong. His training helped him overcome
the debilitating ill-health he had suffered as a youth. He made a vow to devote the rest of his life to share
his knowledge to help others.

Today, 50 years later, residents of the Sunshine Coast are benefiting from the practice of this health art.
They are among the tens of thousands who are now practicing in 26 countries, feeling healthier, more
energised and calmer due to the efforts of the volunteer and not-for-profit organisation that Master Moy
set up (see overleaf and attached for details of a personal story from a local Sunshine Coast practitioner
about their inspiring health journey with Taoist Tai Chi).

Across Australia there are more than 3000 practitioners in every mainland state and the Australian Capital
Territory.

Background about Taoist Tai Chi
Taoist Tai Chi is a slow, gentle but rigorous series of movements which work on the whole body and
mind.

The medical research shows good evidence that tai chi can boost immune function, help control the
symptoms of conditions such as Parkinson’s Disease and fibromyalgia, reduce the risk of falls, improve
cardiovascular function, and improve mood and cognitive function.

But nothing conveys the benefits gained from this art better than the personal stories of its practitioners –
an example of which, from local Sunshine Coast member, Vivienne Campion, is included with this
release.

Taoist Tai Chi is accessible to all, whether they are in perfect health and want to maintain it or if they
have severe health problems and wish to improve. The moves and exercises can even be modified for
those who have limited mobility or are confined to a wheelchair. And the benefits are not just confined to
the physical as members also report an enhanced sense of mental and spiritual well-being.

Based on the ancient teachings of Taoism, Taoist Tai Chi is also known as a moving meditation and many
practitioners experience a deep calm while doing the movements. Many people do Taoist Tai Chi because
they like the idea of combining exercise with something relaxing and meditative. 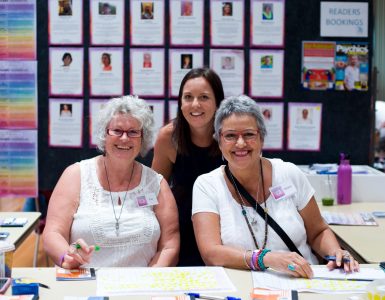 What is it that YOU want to BREAK FREE from?

What is it that YOU want to BREAK FREE from?