WHAT DOES IT MEAN TO BE AN EMPATH FROM A SPIRITUAL PERSPECTIVE? by Deb Norman

Over the years I have worked with many clients who refer to themselves as an “empath”, today I would like to dispel a few myths that many have bought into.

What is an empath?

According to many I have worked with, an empath is a gifted soul who has come to heal others. They do this by feeling the pain and suffering of the other person and struggle needlessly with the avalanche of emotions they take on, including pain. They believe that feeling vulnerable to others energy is a part of their gift and sacrifice they must make. They do rituals “in an attempt” to “protect themselves”, with no understanding that their very focus on needing protection is what brings them what they don’t want. They have forgotten that as an expression of Source they are already divinely safe.

The empath personality is not born, it is created. In saying that, they can come through with the downloads and genetic predisposition of these traits that is part of the DNA of their female lineage.

Empaths run the same emotional drivers as a Narcissist. “This is why” they attract. Both come from lack while mirroring the shadow aspects of self via contrast. They are “polar opposites” and fit like a glove.

One gives and gives, suffers, and sacrifices to get a need met, while the other willingly takes and takes, in order to meet the same need.

The need is “lack”. Lack of recognition, love, boundaries, self-esteem, worth and value, being grounded, self-love and connection to Source. This behaviour is set by age 7.

Empaths are sensitive souls who are either psychics, mediums, healers or intuitive. They are super sensitive emotionally, and vibrationally match the “victim frequencies” in others who require the same healing.
We live in a multiverse where everything is a mirror and altered expression of the one Source consciousness looking to expand through contrast.

Empaths unconsciously set up a form of gratification through being a victim/martyr as it meets an unresolved childhood need within. They misunderstand their calling, and what they pull into their field. What they are missing is that these other souls are being pulled in by the same un-resolved issues, “where focus goes energy flows”. They are attracting experiences to show them what they are not seeing in self.
The thing is, you cannot heal another until you have healed yourself and you cannot heal yourself until you recognise your dysfunction and unhealed past pain. While you operate in victim mode you cannot access your higher faculties and help anyone, in fact you will attract the very thing in others that you are trying to escape.

Empaths can be unhealthy both physically and emotionally. They suffer at the hands of their own low self-worth. Boundaries are always lacking, and they have no clear sense of where they end and others begin, this is how they unconsciously soak in others pain.

The word empath has become its own icon, as a separate and elite form of martyrdom that has been glorified instead of educated and understood. This is not their fault; it is what they were taught.

This behaviour is taught unconsciously within the family environment and system, where they have had to give up a part of “self” to please another OR do the right thing and play nice,

This is referred to as the “adapted child” ruled by Venus and Pisces, Astrologically. It is important they understand that perceived attacks are merely their denied shadow being “reflected back” in the form of others and experience.
Shadow self is an accumulation of disowned fears, negative thinking, beliefs, and paradigms that are pulled in from the field. Remember you cannot pull in or recognise anything that is not a vibrational match. Self-responsibility is crucial for healing.

There is only one solution, personal and spiritual awareness, development, and growth. It is daily work. Once achieved, the empath vibration leaves, and the “Empowered Clairsentient” appears. How will you know that you have achieved this? You will no longer match others pain or feel it. You will know it. You will no longer get sick, drained, or anxious after being in crowds, you will recognise others as the observer. Only then are you in a position to pull them out of the well. 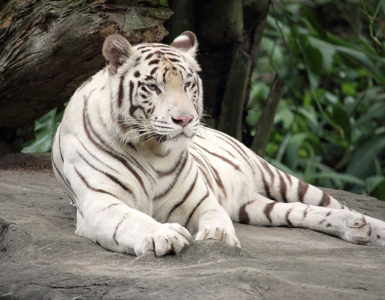 Looking The Tiger In The Eye, Autumn Refinement and Letting Go By Dominique Liv Kamal

In Traditional Chinese Medicine the White Tiger is a symbol for this season, Autumn. So is the mirror and also the tree shedding its leaves! And the slicing blade of a sharp knife! When Autumn comes the trees release... 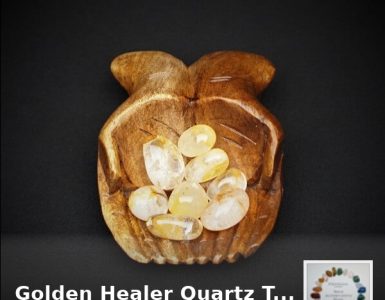 I use my high vibration crystals daily. What makes it even more special is that I enjoy channelling information through them when I conduct readings and healing work. When I’m looking for the highest...