Who’s on the Cover for Oct? It’s Ken Dowling!! 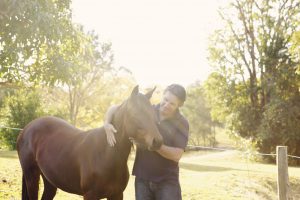 Ken Dowling is a way-shower of how to be truly ‘connected’. About 14 years ago he gave up his high flying corporate lifestyle and found his true calling and creative genius. During this time he has transformed thousands of lives with his energy work and brought through 500 unique symbols and sculptures into existence for the purpose of raising consciousness on the planet. This month I spoke with Ken about the magic of symbols and the joy of living.

For twenty-five years Ken climbed the corporate ladder, tucking an MBA under his belt (providing for his first wife and three children) and on the surface, ticking all the boxes of success. “I rose to the top of my profession with very little natural ability. Not many people admit this,” he said.  “But I didn’t realise I was using my intuition even back then. I did planning on a major Australian company in three hours with one assistant and basically channelled it.”

Back in his corporate days Ken prided himself on his strong mind/intellect, but eventually this was to become his Achilles heel, as he realised how depressed and meaningless his life was.  It was this suffering that presented realisations which allowed him to heal the past and let go of what wasn’t working in order to transform his life.

“We all have an inner strength or soul that is driving us – everyone of us.  And in that there is a call you get, deep in yourself and that tends to happen when you are tested not when you are partying. When we are tested we get into the core of ourselves and we find aspects of ourselves that we may never have experienced before. And that’s when I got the gist of being able to tune into myself and realise my answers were inside me, they weren’t outside me,” Ken said. “When I look back on my life every piece is like a brick in the wall. Every piece is contributing to life and my lifestyle- nothing is wasted, both the good and the bad.”

Although, being a mainstream, rational, corporate sort of guy meant that stepping onto the path of truth was not an overnight process.  Even though Ken used to draw many symbols as a kid, he still didn’t know what to make of the universal symbols initially, nor did he have control over when they came to him  (sometimes  at odd hours of the night).

“It was a complete freak out- I’m not one of those airy-fairy types, I haven’t got my mung beans, my cheese cloth and my sandals.  It was a long slow process with tests and trials. I just have the ability to get through stuff but I’m not any different to anyone else,” he said.

Ken believes the biggest issues on our planet are being too intellectual and desensitised.  So his work helps people to sense and also know their true selves and feelings, rather than trying to think their way to a meaningful life. He said, “The gift of symbology- is the ability to bypass the intellect and act as a key to unlock, release, amplify anything that’s pre-existing inside the person including their gifts.”

Ken empowers people and gives them simple tools they can apply to their lives rather than keeping them locked in or dependent on some sort of process or ritual that gives their power away to someone else.

“It’s not all serious, hard work, sitting in meditation for 16 weeks and not talking to anyone, or  having your toe nails and finger nails grow back on themselves. Get out of all the habits and rituals and old stuff and create what works for you today. Evolution is about the constant expansion of who we are.” He said how he creates the symbolic sculptures changes over time and his work evolves as he grows.

“As humans we have a predisposition to look for what’s wrong rather than look for what’s right. The beauty of the symbols is everyone will work with them and feel them in a completely different way.”

Ken said it’s not another process, program or philosophy that people have to work their way through and intellectualise. Ken laughed, “The symbols won’t let you. The symbols turn the volume of your soul up so loud that you can no longer ignore yourself. They are universal for everyone. I have had people from just about every culture on this planet recognise elements of their own cultural symbology in the symbols.”

We seem to have lost the magic of symbology in our modern times. Ken believes many people around the globe are obsessed with financial affairs and are doing all the motivational and ‘fairy dust’ techniques on offer but they are not actually engaging in truth which will bring about real change. Ken explained the three biggest areas of concern for people are: sexuality, money and relationships and they are all fundamentally linked with our connection with the planet and our connection with ourselves.  He said there are vows we have made that are still running on a super conscious level inside our energy fields and we’ve just got to make sure that we renounce them.

“I don’t have all the answers- but I know how to listen. When we learn to love ourselves, then we may have some understanding of how to love others and demonstrate that in many forms. Doing nothing is not an option,” said Ken.

My conversations with Ken and his partner Kylie Blackman were insightful with a lot of laughter in between. The symbol ‘Being Visible’ (see page 13 in the Oct edition) has also played a role in facilitating my journey with stepping out more into the public eye.

Ken launched his first book “Universal Symbols: Keys to Your Consciousness” a few months ago and it has had a phenomenal response from the public.  Not only does Ken have international aspirations for the book, he would also like to create a conscious movement of writers and healers on the world stage to generate and create oneness. “We all need each other- there is no separation. We can come from a space of oneness but with clarity and not with preconceived ideas that one modality is the only way. How can we bring this together and espouse oneness?” 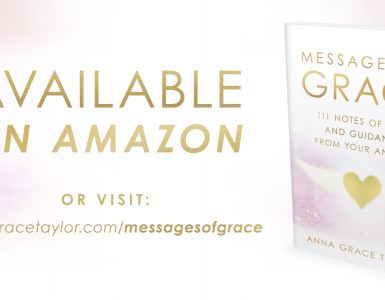 King of Cruise Gets Electrifying