Are you taking on someone else’s illness? by Jane Tredrea

Taking on someone else’s illness is a real thing. As a healer I have personally taken on lots of other people’s physical illnesses.

I was recently studying in Sydney and working on a man who had Lyme’s Disease. The consciousness of Lyme’s Disease is ‘nothing works for me’.

I went home and the next day had a fever and a virus, I did my usual energetic healing techniques to no avail. So I resorted to taking a natural supplement which kills all viruses very quickly.

I felt worse the next day and couldn’t go in to my study course for two days. I ended up resorting to Panadol but to my surprise, it did nothing for my fever, I just felt even worse.

I called the teacher’s wife who was taking the course and told her I was sick and nothing was working for me. She said, “Is that yours?” A very valuable question! She asked who I was working on in the last session of class and it dawned on me. I took on this man’s illness and now I had the consciousness of ‘nothing works for me’. Bingo. I got over this illness rapidly and was at class the next day because everything worked for me again. 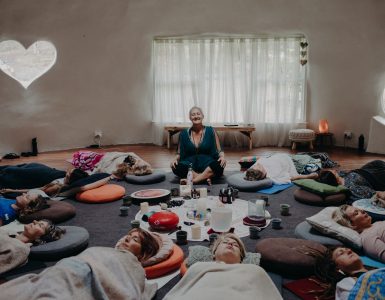 Everything, from preparing and brewing your cacao until it reaches your lips is a ritual within itself.  A ritual of presence, purpose, pleasure and spiritual practice. My name is Natalie McIvor and I have been a...

Dying with dignity by Soraya Saraswati