September – the first month of Spring in the southern hemisphere, and I had a wonderful article prepared, discussing spring health and wellness protocols, however I have put that on the backburner, as September is also the month of my birth, and this year marks my 50th lap around the sun.

I know 50 is a bit of a milestone in our lives and often a pivotal point in our human existence. Our 50th year of life is often a time of reflection on what has passed, a time for anticipation for what is yet to come, and a time to perhaps make some changes to how we currently live.

Turning 50 can be a bit scary for some, but for me it has offered up a chance to really embrace and celebrate who I have become, what I have achieved, what I have overcome and what I am truly grateful for.

Over the next 2 months I am offering up a small insight into my life, my struggles, my accomplishments, and my take on how I have become the woman I am today in my 50th year of life.

I came from a multiple divorce family, brought up by a single mother with one younger brother and a father who neglected every aspect of our care, financially, emotionally and physically. We were very poor and moved around more times than I can count, between states, and we went to many schools. We were living like gypsies for as long as I can remember, which wasn’t a bad thing, just different to most other people we got to know along the way. Due to our many short durations in school, we didn’t ever really establish long term friend groups, but instead floated from one group of friends to the next, collecting them, like fine porcelain dolls, treasured, looked at fondly and often admired from afar.

Life was hard compared to others, but what we lacked in material luxuries, we didn’t miss as this was not our norm, so for us, life was pretty good for the most part, simple pleasures like floating boats made of sticks and leaves down gutters in rainstorms to see who’s finished first, making cubbies, telling stories and always finding new places to explore, forests with trees to climb and oceans to swim and surf in.

As I got older, there was physical abuse and sexual abuse from the adults who were charged to keep me safe while my mother was working to put food on the table and a roof over our heads. Life became a little more complicated for me after that and although I excelled in school, I found it difficult to focus and soon left home at a very young age and made it on my own, working part time jobs and eventually putting myself through university.

Poor choices were made when choosing the men I would let into my life, my first marriage ending in disaster but with one beautiful daughter, and my second long term relationship, extremely abusive in every way possible and ending when my second daughter was 4 years old after a violent 13 days of torture and physical, sexual, mental and emotional abuse. I was in my mid-thirties, owned nothing but the clothes on my back, no job, nowhere to live and many external and internal scars to carry with me. I was broken. I could not hold a conversation with another person. I did not know what to say. I had no self-confidence, no direction, no self esteem and no sense of self-worth.

This was my crossroads. Which direction would I take? I could wallow in all the hurt, and damage and take the path of drugs and alcohol to numb the pain or I could pick myself up and reinvent myself and become the strong self-confident woman I once was before the years of damage took their toll on the essence of who I really was.

Next month I share the directions my life went and more exciting adventures and realisations, in Part 2.

Samantha is a highly experienced Bowen Therapist, with a twenty year background in massage, naturopathy and nutrition. She is the creator of Green Valley Bowen Therapy on the Gold Coast. 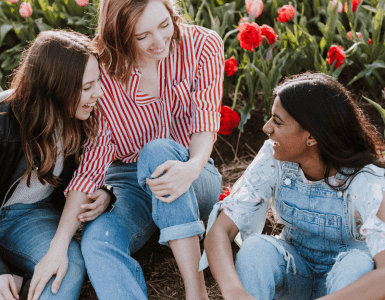 Self-Discovery: Self-Confidence is the Fire of Life by LK Tommi

“The only thing that matters in life is your opinion about yourself.” – OSHO Self-discovery is one of my favourite topics of all time. I love exploring this topic, particularly with teenagers. Because... 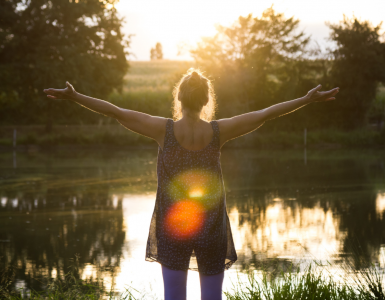 The Divine Virtue of Motion by Gaylene Aitken

I was just listening to a powerful song about Jesus, yearning and reaching out for that which is greater than us to save us. I felt my heart expand and soften. I feel this is one of the aspects that make us human...

When is intimacy painful? by Pauline Ryeland