Most people’s perception these days is that the only types of “harmful” radiation, or Ionizing radiation, comes from Mobile Phones, Wi-Fi modems, Smart Meters, Mobile Phone Towers, Microwave ovens, and not much more. General awareness is limited to believing that no other radiation types exist that would be deemed more harmful or dangerous than these.

Well, the truth is, there are many more types of harmful radiation than the obviously “well-known” radiation fields stated above, that are in fact the REAL radiation dangers that people need to be aware of.

For people to consider that Earth Radiation and human-generated Bioplasmic Radiation are the most dangerous forms of ionizing Radiation on the planet, would be unfathomable!

Earth Radiation is not at the forefront of people’s minds.  If anything, it is generally perceived as some background and harmless, non-Ionizing radiation.

Most Building Biologists who rely solely on using EMF meters when they are assessing a house to locate EMF dangers, neglect to look at the all-important Earth Radiation and Bioplasmic Radiation that exists within the house.  This is because their EMF meters are NOT capable of reading anything but Smart Meters, Wi-Fi modems, Towers etc.  They cannot read the REAL radiation dangers which are present permanently in a house.

What is ‘Beyond EMF’?

Our range of radiation harmonizers are the ONLY harmonizers that exist that importantly neutralize beyond EMF!

It is vital that people become aware of these beyond EMF radiation forms that exist, as they may be impacting their health and also their emotional wellbeing.

A Geoelectric Current is a positively charged ionizing Earth Radiation, which travels to the boundaries of a property and also “engulfs” a whole building in this Ionizing radiation.

When we say that our harmonizers neutralize 5G, most people think that this type of radiation is coming from 5G towers.  However, beyond the boundaries of the compound where a 5G tower is situated, the radiation is non-Ionizing, thus rendered harmless.  This is contrary to what people are led to fear and believe. What we are referring to is the harmful Geoelectric Current caused by the 5G Smart Poles (streetlights).

So, the next time you think about mitigating radiation dangers in your home to ensure that you are not exposed to any unhealthy Ionizing Radiation, consider beyond just the Smart meter and Wi-Fi modem!

Our Geoclense® and Stellar Dome® harmonizer’s most important function is to remove OTHER big radiation dangers – Bioplasmic Radiation and Geoelectric Current Radiation including 5G Microcell Antennas in streetlights, with specific counter-frequencies that neutralize and balance the energy within homes and workplaces.

Comprehensive coverage to the boundaries of a property and comprehensively covering over 30 different types of harmful radiation fields. This is the unique difference of Orgone Effects® products. 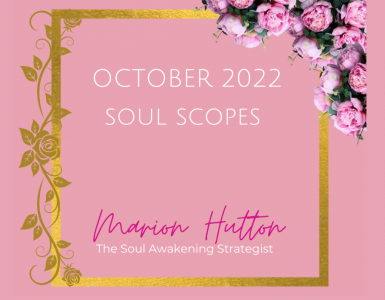 The cosmic themes for October are healthy relationships, emotional power and serendipity. Mercury goes direct on the 2nd of October, in Virgo, giving us a feeling that the changes we made to our work and health during... 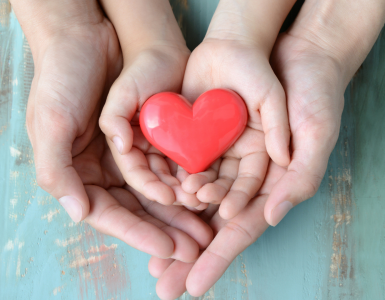 Reawakening to Love by Jules Kennedy

Thank you for allowing me to share my story with you and introduce myself to the Holistic Bliss Community. It is a story of returning to love and I hope that somehow it helps you to reawaken love in a more profound way...

A Collective Return to Our Feminine Roots, Authentic Self Expression & New Way Forward by Krystle Sturgess