Blessed Are The Meek

When people hear the word meekness, they immediately think of weakness. Given the origin of the word, it’s easy to see why. The twelfth-century etymology of the word meek (mek) was said to be “gentle or mild of temper; forbearing under injury or annoyance; humble, unassuming;”. So, instead of being defensive, sustaining an attitude, being reactive, pushing a point, or any other state of consciousness that asserts your position, meekness is all about being humble.

The word humble, to which it is closely aligned came from the Latin humilis “lowly, humble, literally “on the ground”, from humus “earth”. It makes sense why this third Beatitude said, “Blessed are the meek, for they shall inherit the earth.” From the late fourteenth century the etymology of the word humble, became more focused on “things”, which was about being, “lowly in kind, state, condition or amount.” This is where we find ourselves when we have been removed from a life centred on wealth, power, love and fame. Being meek is fundamental to your journey through the dark night of the soul.

Meekness and humility are all about emptying yourself of ego, pride, attachments and agendas. Saint Augustine said, “Empty yourself so that you may be filled.” In a similar vein, fourteenth-century German Christian mystic, Meister Eckhart observed, “No cask can hold two different kinds of drink. If it is to contain wine, then they must of necessity pour the water out; the cask must become empty and free. Therefore, if you are to receive God’s joy and God, you are obliged to put out created things”.

Being poor in spirit and mourning, the first two Beatitudes, are the precursors to meekness and humility. That is how the cask is emptied, so as to be ready to be filled with new wine. Grieving, that place of still being attached to what has been taken away is essentially a cask still filled with water, unable to accept the new wine. It is worth noting that having to relinquish wealth, power, love, and fame with personal will and discipline is akin to being stuck in the place of grieving. Both of those attitudes make meekness an impossibility. These have the dark night of the soul be more of a dark night of the senses, which I talk about in earlier blogs in this series.

In the world of neuroscience, being meek is the point at which new neural pathways can be created. Our habits are our old neural pathways, symbolised by the casks filled with water that have to be emptied if they are to filled with wine (new neural pathways). As the name suggests, a pathway is a route that one takes, and like all routes one has to know both the destination, and how to get there. Being a new neural pathway, the new route has to be created and programmed into our consciousness in order for us to be able to engage it in a sustainable way. As with a New Year’s resolution, we might see what we want, and see how to achieve it, and then do it, but are unable to sustain it. By the end of January we are back doing what we have always done.

Our motive has to be the creation of sustainable change that is also better serving. Change motivated by fear is exhausting as it requires a lot of will power (and a whole lot of won’t power). This is in stark contrast to change that is motived by love. When the desire for new thoughts, feelings and behaviours is a result of wanting to be more self-loving, that desire naturally fuels self-loving choices. Will and discipline are replaced by a sustained awareness of a more serving (self-loving) alternative. That said, there still has to be a clear idea of the destination, and what’s required to get there.

Meekness makes both of those a possibility. To successfully achieve that sort of clarity, especially when we have been on such a different neural pathway, we will require guidance to establish a new pathway. To be guided requires us to be teachable, and to possess temperance; the capacity to moderate out actions, thoughts and feelings. When working with an EAP mentor, they become your guide, as they help you to build new neural pathways by creating detailed strategies that will be necessary to fill your ‘cask with wine’, the good stuff!

Part of that strategising would also require you to be aware of what could railroad your commitment to the new neural pathways. Aristotle wrote, “Give me a boy until he is seven, and I will show you the man”. At EAP we call this concept that Aristotle was proposing “The Story”, a narrative of sorts that was intrinsic to our formative programming, that resulted in the neural pathways that were responsible for much of our suffering. It goes without saying that unless that narrative is resolved, any attempt to introduce new neural pathways will be railroaded by the the narrative of the seven year old. (No cask can hold two different types of drink.) So in addition to helping you create new self-loving neural pathways, your mentor will use a simple awareness process that transforms your old narrative from what is ostensibly a life-long belief of poor self-worth.

Being meek has the capacity to create an expanded sense of self-worth, which becomes the foundation to a framework of strategy for living life with greater kindness (love): for yourself, for others and for the planet. Inheriting the earth is about getting down to grass roots. It’s about having kindness as your priority, forgiveness as your primary thought and and justice as your passion. These are the elements of righteousness that are intrinsic to the fourth Beatitude – Blessed are those who hunger and thirst after righteousness, for they shall be filled. 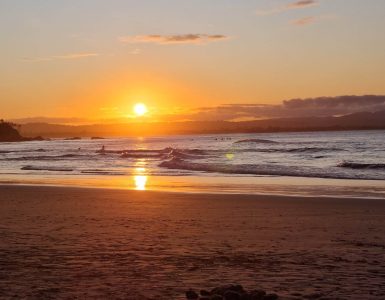