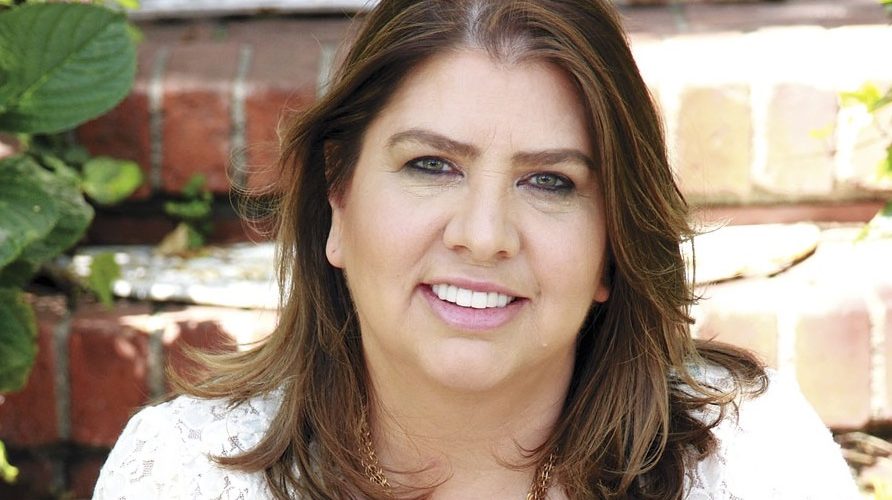 Co-Creating with ‘All That Is’ and With Each Other

Vianna Stibal is a woman of heart; a compassionate, caring, kind, gentle soul, whom is passionate about the world we live in. Driven by a promise she made to the Creator many years ago, this remarkable woman truly has dedicated her life to making a difference and has channelled an amazing technique that is taking the world by storm.

Vianna is the founder of the ThetaHealing® technique (and author of seven books published by Hay House). This technique is seeing people unite in harmony; people of all different races, religions and from all walks of life.
A little over 24 years ago Vianna was working from a little office in Idaho Falls, USA. At the time, she was offering readings, massage and naturopathy, and then one day she personally experienced a spontaneous healing, of a nine-inch tumour in her right leg.

She found that healing could occur by connecting to that same place from where she was doing the readings – she had found a way to take the brain down to a dream state (a theta brainwave) and have miraculous healings from it; it was also a way to connect with the soul, and with the energy of creation. In that deep state of meditation, it also opens the person up to divinely inspired ideas and opportunities. “It helps you discover your true motivations and it helps to program you for success in your life with love and health and joy. It’s just freakin’ cool,” says Vianna.

With this discovery, people started showing up from all around the county requesting appointments, often saying that God had sent them. Soon she had worked with hundreds upon hundreds of people.
Vianna knew that if it was possible for one person to witness and experience such profound results, then surely others could do it too. It wasn’t long before people started asking to learn what it was that she was doing, so in 1998, Vianna taught her first classes in the United States. This was her promise to the Creator, to share the knowledge. It was found that the technique was both easily learnt and taught and so the ripple effect began.

Vianna mentions that her connection with God has always been of importance having spoken to God since she was just four years old. Faith and miracles were a natural part of her upbringing; she would have miraculous experiences and had great trust in faith healing. She would watch her family for inspiration; her mother being a woman of great faith and having once had a father in-law that was an amazing hands-on healer. Her belief system was in support of divine possibilities.

ThetaHealing is well known for the four-level belief (core, genetic, soul and history) and feeling work with instant results often being experienced when changes are made to the subconscious mind. “Everything in ThetaHealing is a realisation of working with other people and going up and asking the Creator for answers. So everything in ThetaHealing is channelled work. The Creator showed me there were four levels. And I started working on the levels because we create our own reality and if you really take that step and really start delving into yourself, you realise the key to your own life is already within you,” Vianna says.
This technique which invariably saved her own life, time and time again (including the healing of her heart after being told that she had congestive heart failure) and has assisted thousands of others, is more than a healing modality.

Vianna explains, “You know I watched babies that were born blind that were able to see. I have watched children that were supposed to die, live and become healthy. So I know that we are part of an energy of ‘all that is’ and we create our own reality. I am a living proof – I have had so many things happen in my life. I have watched sickness heal, but I have watched people’s hearts heal and I know that we need to realise that every person matters. We all matter.

“The real major healing in the world is realising that we are part of something, that we are connected to ‘all that is’. You know the healing is just the frosting on the cake. Once we teach people that we really can be part of connecting to that special, spiritual energy, that we are a part of, and that we can actually use it in our lives, you know that’s the key and that’s what actually makes the world change – when people actually know purpose and actually feel part of the all. So healing is cool, it gets people’s attention, but ThetaHealing is teaching us that we are a part of all that is, and we have a divine purpose, and we can be in love, we can actually have a family, and have things, because we are part of a divine source. So ThetaHealing is probably the most incredible miracle in my life.

“I think that if people stop and are silent for just a moment, they would realise they are here for something greater, I don’t think it’s uncommon, I think it’s normal, and I think that we are sparks of God and it’s time to realise and wake up.”

The ThetaHealing technique is a growing modality, with an estimated half a million certified practitioners and instructors in over 150 countries. It’s a technique which is continually evolving with more information being channelled and courses being created constantly. ThetaHealing has been trademarked to protect its practitioners and instructors and to bring them more respect.

There were some rumours started a few years ago saying that ThetaHealing was ‘anti-doctors’ but that’s not true at all.

Vianna shared that one of the major points for her with ThetaHealing is realising that we can’t change the world by ourselves but we can change the planet one person at a time if we work together.
A great message that really is for us all – we are all in this together.

It’s important that we not only work together but also have gratitude for each other and our lives. “Gratitude is a very strong virtue, in fact it’s one of the most powerful virtues. You know compassion and kindness are so important, but so is gratitude. If you live your life with gratitude, your life will be happy,” advises Vianna.

Vianna Stibal has a full schedule travelling around the world teaching instructor seminars to as many people as possible. Her son Joshua has now also joined her in the training of instructors. Practitioner and Instructor Certification seminar (currently 44 courses available) information and dates along with general ThetaHealing® information can be found at www.thetahealing.com

“Love is a state of being without fear, that operates for the highest good of all in every moment.” -Virginia Robin In a legal system that is mostly based on fear but portrayed as bringing peace and good order, Virginia...

My Spiritual Journey through Visionary Art and Writing by Jennifer Therese